Editor's Note: This is the edited version of a recorded Bible study under this title at Truthtellers.org.

Twenty-two years ago Russia and its satellite nations were in the grip of humanity's cruelest, bloodiest totalitarian oppression. Soviet Communism is today replaced by the pro-Christian government of Vladimir Putin. It’s a government that encourages Christian culture and spirituality from the Russian Orthodox perspective.

In his article at MinistryValues.com, Stephen K. Ryan says,

Russia’s turn to Christianity is a virtually unknown phenomenon in the United States…Vladimir Putin and Dmitry Medvedev go to Church frequently…and seek political and moral counsel from the Russian Orthodox clergy…Putin wears a Christian cross with him at all times.


Barack Obama skipped church on Christmas day while the President of Russia, Dmitry Medvedev … attended mid-night mass services celebrating the Russian Orthodox Christmas in grand splendor…Vladimir Putin has frequently praised the Christian Russian Orthodox church for ‘educating citizens in a spirit of patriotism and love of country, passing on love for spiritual values and history.’… Russia is investing $100,000,000 to rebuild Christian churches throughout the country. Money to rebuild these churches is coming from Russian taxpayers … yet Russian citizens are supporting of the investment.


In his own words during an Easter Service at Christ The Saviour Cathedral on April 27 2008, Putin assured the Russian people saying: —“This holiday shows just how important national traditions and spiritual values are for our people. The state will continue to provide all possible support to the Church aimed at the enlightenment and moral education of Russian citizens.”— —“Orthodoxy has always played a special role in shaping our statehood, our culture, our morals. One should not completely draw a line between the culture and the Church. Of course, in our country the Church is separate from the State. But in the soul and the history of our people it’s all together. It always has been and always will be.”—

Just last month the Duma, Russia’s parliament, overwhelmingly voted to criminalize attempts to persuade youth in favor of homosexuality. Attempts by homosexuals to publicly demonstrate in favor of the gay lifestyle in Russia have been met by spontaneous protest, especially from outraged young people. Their chant of “Russia is not Sodom!” reveals strong support for a return to biblical morality. However, their physical attacks on pro-homosexual demonstrators are full of potential to discredit the Putin government.

The same is true of a record of bias against and even persecution of evangelical Christians by forces in government and police under Orthodox influence. Evangelicals are considered heretics by Russian Orthodoxy. If the Russian Orthodox Church and Russian government desire to completely unify church and state they will eventually create such a level of human rights violations that the way will again be paved for government overthrow. It’s up to Putin to make sure theocratic authoritarianism does not destroy the essentially Christian miracle that has displaced godless communism. (See “Church Demolished: Russia's Fading Religious Freedom,” CBN News; “Protestant Churches in Russia Call for Freedom of Belief amid Persecution,” Christianity Today)

The Duma’s naivety was revealed by its recent passage of a “speech crime” law banning language “offending religious feelings” of others, i.e. the Russian Orthodox religious majority. Ostensibly directed against the rock band Pussy Riot’s mockery of Putin, it takes little imagination, as with all hate crimes laws, to envision it being applied against evangelicals who criticize Russian Orthodoxy (See “Russia passes anti-'gay propaganda' bill,” Raw Story).

Evangelical Christians in Russia primarily fall into the camps of Calvinist, “once saved, always saved” Baptists, tongues-speaking Pentecostals, or legalistic Seventh Day Adventists. Russia has never seen a national movement of truly authentic Christianity, with its simple requirement of death to self-will and spiritual rest through trusting and obeying Jesus daily. (See "What is Spiritual Rest from War Within?") Emerging out of many centuries of violence and darkness, Russia remains a spiritually deprived nation – but not as much as America has become, transgressing against much greater light.

America Must Catch Up With Russia


Several years ago, a BARNA poll determined that even one spiritually mature Christian is increasingly difficult to find in most evangelical churches. Does the “easy" Christianity of televangelist positive-thinking “prosperity” preachers build moral depth and strength? I doubt it.

We must disciple Christians who are solidly grounded in theological and even political truth. Such Christians will be ready to fill the vacuum of possible chaos with a powerful and steady message of hope and transcendence through Christ.
In Russia, despite 74 years of Communist attempts to eradicate all memory of God, the Orthodox faith emerged with enough priests, teachers and leaders to recapture the nation. They did not allow Russia to slide into moral chaos, even with invasion of corrupting influences from the so-called “Christian” West.

Here are seven great changes I believe must occur in the hearts and minds of Christians before revival can occur or be sustained:

Do you want to be one of those God can count on to fill the gap today and tomorrow? Are you frustrated that your church is not providing the spiritual nutrition and challenges you need? Give your heart completely to God, and I promise He will send the Holy Spirit to you. He will open the meaning of Scripture as never before.

Come to Truthtellers.org Bible studies and start listening with your friends to the more than 300 Bible studies dedicated to filling in the gaps in essential Christian knowledge. God will make you not only a vibrant spiritual survivor today but a leader and rescuer of searching souls tomorrow. 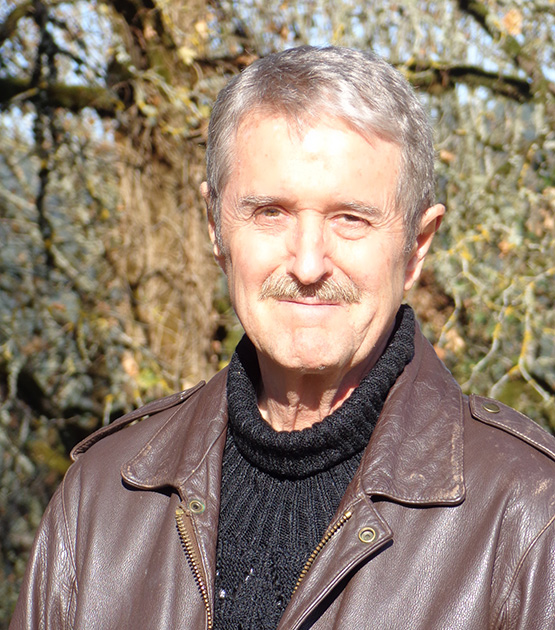